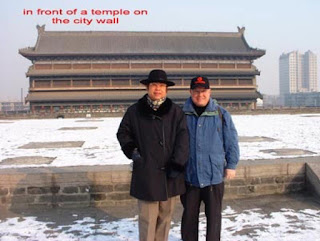 Last Christmas we decided to do something different. Since we were not going anywhere out of China, we thought X’ian would be a perfect place to visit at that time of year. We hoped the freezing weather would keep visitors at bay and would give us peace and quiet to enjoy the city of the brilliant but brief Qin Empire. Here is the starting point of the Silk Road.

It was snowing quite hard, as our plane was about to land at the Xianyang Airport. The runway lay beneath a thin layer of snow but it landed anyway right on top of it – much to our consternation. Happily, nothing untoward happened, otherwise I would not be here to tell you the tale. 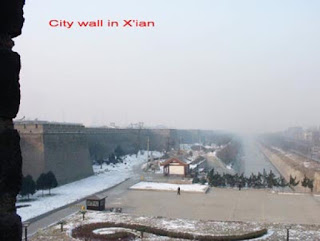 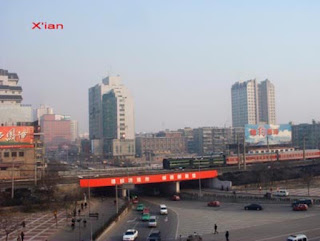 Despite the weather, we arrived punctually at 11.00 a.m. To our disappointment, no one was at the airport to meet us. Xian city wallXian cityAfter twenty minutes of waiting, we were informed over the telephone that our guide and car were on the way but would be delayed by about twenty minutes due to the closure of the highway. Finally, at around midday, a young Chinese lady appeared and introduced herself. She apologized and explained that due to bad weather conditions, the driver had to use the back road. By then, temper began to flare, as patience has never been this writer’s virtue. However, considering the circumstances, yours truly managed to keep it admirably under control.

The road we were driving on was icy and slippery. It was also jam packed with all kinds of vehicles, many of which were abandoned along both sides – some right in the middle, by drivers who were too scared to drive on. Stranded passengers with travelling bags and luggage were struggling to make their way on foot to the airport. We traveled at a snail speed on the treacherous road. To our horror, we discovered that our car was neither equipped with winter tires, nor skid chain. We explained to our guide the necessity of having winter tires and skid chains. Her reply set my blood pressure to the highest level. “China’s a poor country, therefore we cannot afford such luxuries.” We pointed out that it had nothing to do with being rich or poor but a matter of life and death. She then argued that such a heavy snowfall was rather unusual for Xi’an but we knew it to be otherwise.

At one point, the car got bogged down and was unable to move. Walter had to climb out to help push it out of the icy patch. All the time, I trembled in fear that he might slip and fall or the driver might use the wrong gear and knock him to the ground. 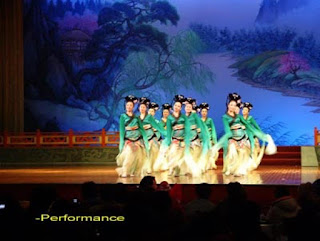 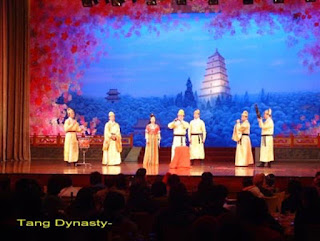 The 50-minute journey in normal circumstances took four hours. By the time we got to the Shangril-La Golden Flower, my irritation towards the whole situation culminated almost to a breaking point. I attributed our guide’s indifferent and at times arrogant attitude to her youth and inexperience. Since she had very little to deliver and I was not in the mood to compromise, we decided to call it a day and ask for a replacement after the Tang Dynasty show at the Shanxi Grand Opera House.

The sun was shining beautifully on Christmas day. Temperature was around minus 8 degrees Celsius. It promised to be a lovely cold day with blue sky with not a hint of cloud. We were picked up at 9.00 a.m. by a new guide whose first impression gave us confidence that she would be efficient. As soon as we got into the car, she briefed us on the day’s schedule to keep us informed of what was happening on that day. In my view, all guides and tour leaders should adhere to this simple but effective method. Unfortunately, not many find it necessary to do so.

The Banpo Neolithic site, about seven kilometers east of Xi’an was to be our first destination. Discovered accidentally in 1953 by workers, who were laying foundations for a factory, the place has become a major attraction. From the tools and utensils excavated here, it is believed that some two to three hundred people lived here from the Neolithic Age, called the Yangshao Culture in China. 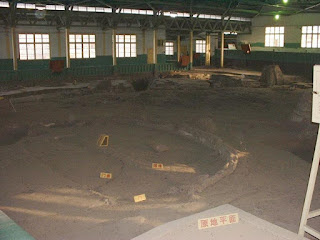 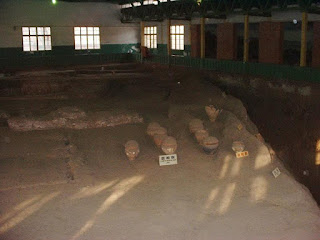 They practiced “slash-and-burn” agriculture. Banpo Neolithic site - burial groundBanpo Neolithic site - burial groundWhat I found amazing is that although their society was primitive, it was a matriarchal settlement as can be seen from the burial ground where women were interred with a greater number of funeral objects than men. Male and female were buried separately. Another point of interest was the various positions in which each person was buried. Face down means an evil person, face up good and flex-burial means that the person died of disease. Little girls were buried in jars with an exception of one who was buried like an adult. It is assumed that she must have been born into a very wealthy family to receive such a privilege. 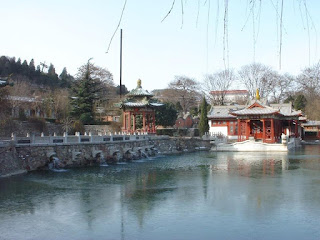 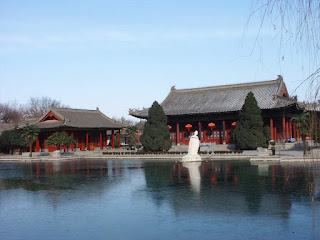 The place is also associated with the two-week arrest in 1936 of Chiang Kaishek, the so-called “Xi’an Incident”. There is a sign saying that this is the window that Chiang Kaishek jumped out of to escape his arrest. 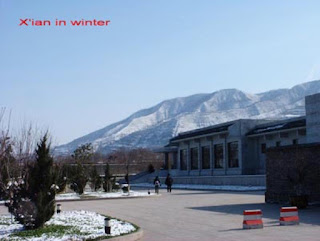 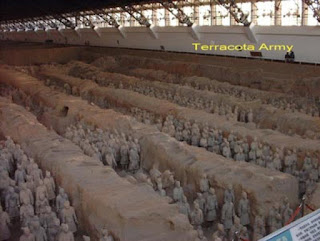 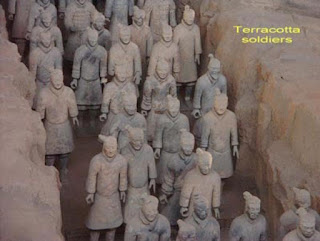 Most visitors go to Xi’an to see the Terracotta Army Warriors ordered to be built by Qin Shihuangdi, the first Emperor of China shortly after he came to the throne. These life-like clay figures – thousands of them seem to move forward as you watch. They look agile and lithe.

Even the kneeling archers and crossbow men look alert and fully human. Although it was my third trip to the museum, this buried army built to guard the Emperor’s tomb, has never failed to fascinate me. 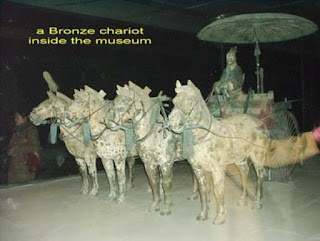 Another point of interest is the hall housing the two magnificent bronze chariots, crafted for use by Qin Shihuangdi after life. 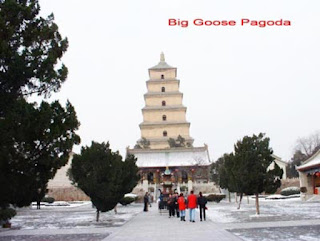 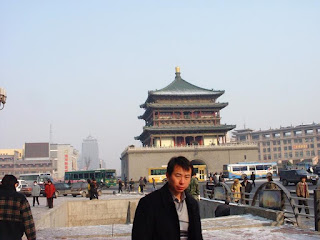 Having seen these awe-inspiring sights, other places that we visited such as the Big Goose Pagoda, the Drum Tower, the Temple of the Recumbent Dragon, though interesting, paled by comparison. 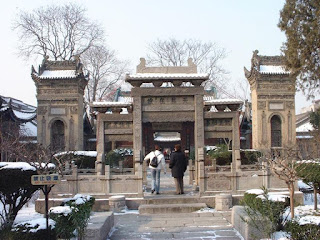 Middle East countries (no politics here) have always been the love of my life, having lived in that part of the world for nine years. Visiting the Moslem Quarters in Xi’an was like walking down memory lane. Moslem QuartersAn old man, wearing a skullcap was handing me a small guidebook at the entrance of the Qingzhen si or the Great Mosque. I stopped and greeted him politely, “Salaam aleikum” – Blessings be upon you. “Aleikum Salaam”, he returned the greeting – Peace be upon you too.

The greetings brought to mind the times when I used to pray passionately for peace at the Wailing Wall in Jerusalem and kneeled at the altar of Christ in the Nativity Church in Bethlehem. I even went so far as beseeched Rachel at her sacred tomb, begging for harmony and a world without animosity and hatred.

May the old man’s greetings come true, not only for myself, but for all mankind.