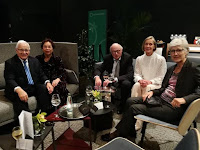 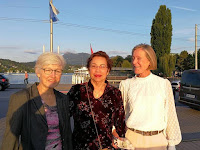 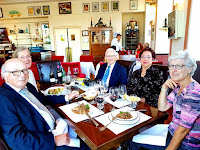 We’re lucky to be living in Lucerne Every year from August 16 to September 15, IMF (not International Monetary Fund) but International Music Festival is held, alluring several famous conductors around the globe to come and stage their performance.

Last night we went with friends to one such concert, performed by London Symphony Orchestra, whose conductor was none other than Sir Simon Rattle.

Haydn Sinfonie D-Dur Hob.1.86, the Young Person’s Guide to the Ochestra op.34 and Rachmaninoff Sinfonie No.2 e-Moll op.27 were played.

The performance was outstanding and towards the end received many curtain calls and we were awarded with a beautiful encore or Zugabe.

Before the concert we went to have an early dinner at Cafe de Ville. Since no photography is allowed during the performance, I can manage only a poor picture of the empty stage and us at dinner. 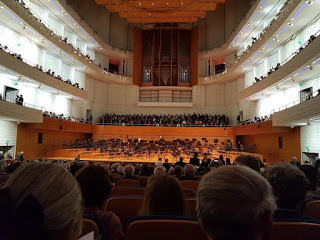 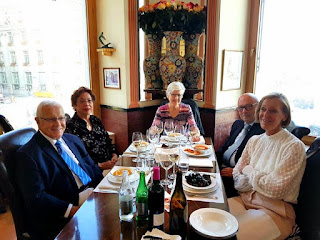 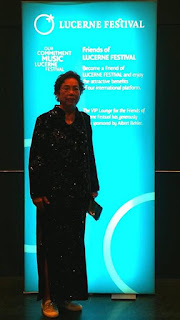