Seabourn Encore docked at the third largest port in Oman. Muscat Port is used for passengers ships only. A yacht, belonging to Sultan Qabooz is moored nearby.

The capital of Oman is the largest metropolitan city in the country.

Passing through the Muttrah Gate, we arrived at the breathtaking Sultan Qabooz Grand Mosque, which is the main mosque in the Sultanate of Oman. It’s of cool white and grey marble, reflecting the harsh sun and adorned with lovely tropical flowers and splashing fountains.

Next stop was at the bustling and colourful Muttrah Souq, one of the oldest marketplaces in the Arab world. Bait Al Zubair Museum has a display of artifacts, traditional robes for both men and women as well as children. An exhibition of Omani daggers is very impressive.

Our last stop was at the magnificent Al Alam Palace, meaning the flag in Arabic, functions as the ceremonial palace by Sultan Qabooz. Visitors are received here.

The inner grounds of the palace are off limits but we’re permitted to stop near the gates and take photographs. 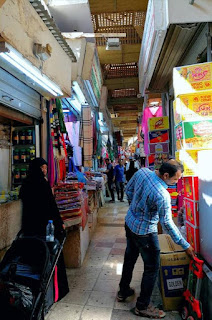 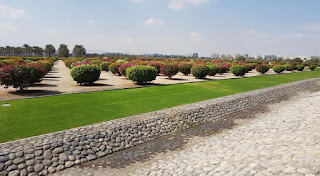 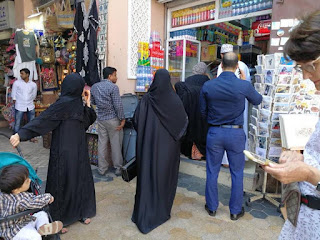 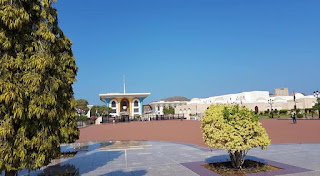 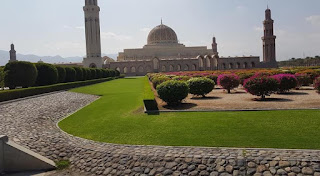 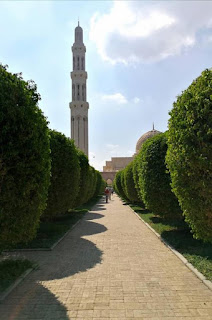 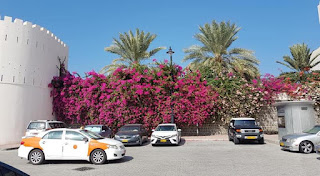 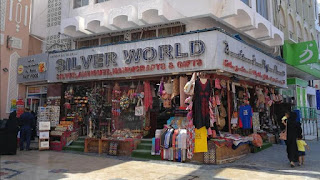 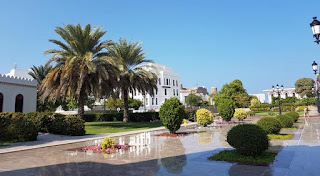 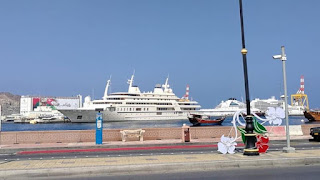 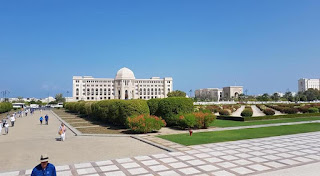 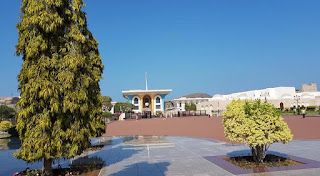 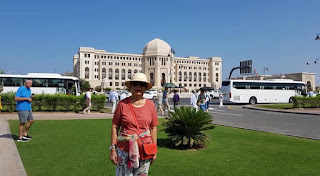 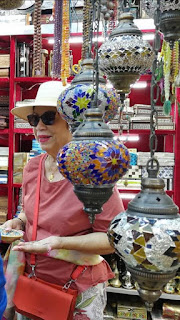 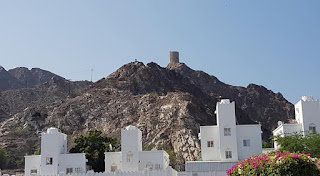 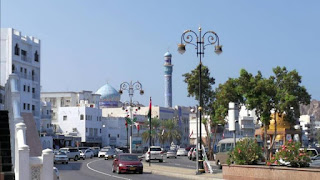 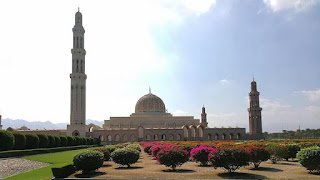 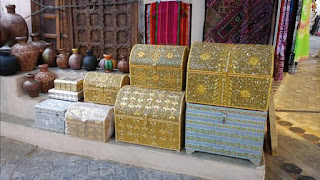 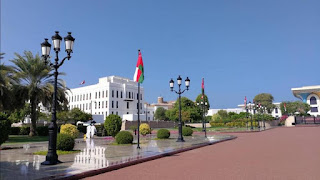 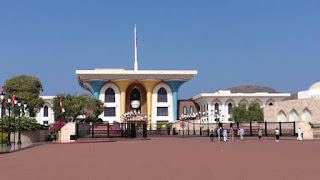 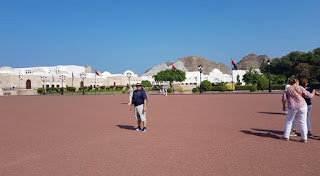 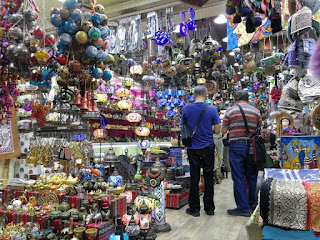 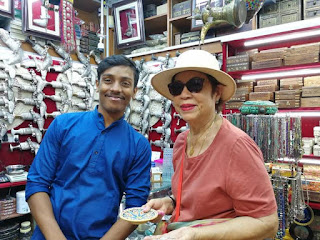 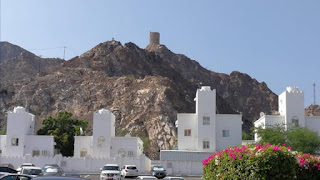 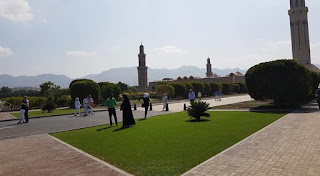 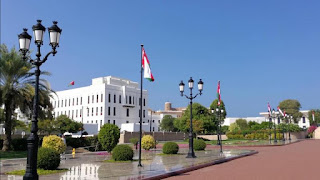